MESSIAN DREAD - DUB IS NOT A JOKE 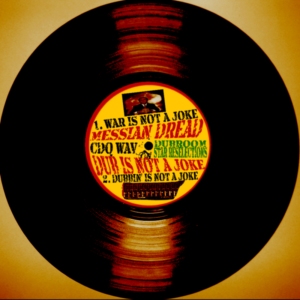 Not a laughing matter, even though some may do. Seven minutes, two DUB mixes of what can only be a serious riddim.

So serious, that the first mix has several sound clips of George W. Bush making fun of the fact that no WMD's were found in Iraq, where he talks down on what he calls "conspiracy theories" in another clip.

Serious, as the DUB Effects in the second mix show to the ear. Especially with some subwoofer able to produce really low sound, this DUB will come to it's full power.