WWW, December 2 2009 - There is not one word that would describe this last calendar year, both for the Dubroom website as for me, being webmaster and also a person.

Personally I've had some of the most intense times and huge relieves after two years of working on a personal thing which involved flying to and from another continent for a period of time. I will no longer have to do this no more, which is a huge relief.

I would like to share just one experience, in order to illustrate just why it's such a relief.

The last time I flew from Amsterdam and reached my destination, it took me three hours before I could grab my luggage and move out of the airport. Not uncommon for a dread, and when you're "from Amsterdam" there are ones who just love to give you a hard time.

WWW, December 2009 - When he passed away in March 2008, Michael Campbell could look back at the life of one of the hardest promoters of (DUB) Reggae Music. From being the first Reggae Radio DJ on Jamaica to his vocal works to his achievements as a producer, Mikey Dread been there, done that! 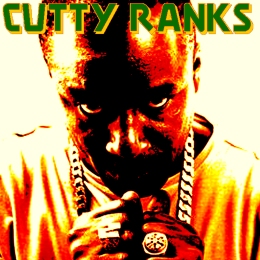 WWW, December 2 2009 - As Cutty Ranks rides Fractal Entertainment's Hardcore Riddim, he puts the finger just where it should be put: Babylon has no heart to treat Jah children the way she does. Massive Roots and Culture!

WWW, December 2009 - Barber Saloon is a classic track, a must-have in every Reggae collection. Originally, the tune wasn't even scheduled to be released by we can give more than thanks for Mikey Dread for sharing this essential part of more than just his personal musical, impressive legacy.