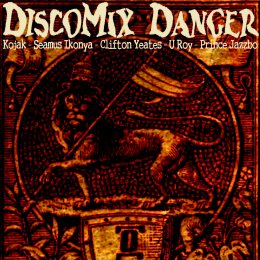 When the B-sides of Jamaican singles gradually changed from a mere instrumental version to a complete DUB work-out by ones like King Tubby's, all of this paved the way for the maxi-singles or twelve inch vinyl records: the extended mix containing both vocal and DUB version in one long stop mix, often called discomixes. This EP honors the tradition with five traditional discomixes, all created by Messian Dread in the Dubroom studio. Some material was pre-recorded in studio's like ARIWA, (most of) the vocals were licensed from Don Goliath but everything was completely re-arranged and fit into original Dubroom riddims.