"INTO THE DUBMACHINE" (WEBMASTER'S COLUMN)

WWW, March 4 2009 - Regular readers of my columns may know, that next to Reggae, I like some forms of electronic music as well. Most of it I will never review for the Dubroom, after all, I also do not write about my other hobbies.

However, sometimes I have to make an exception and the UK based Massive Attack definitely is one of them. They've worked with Horace Andy and Mad Professor even mixed an album for him, which is also reviewed on the Dubroom by the way.

Alpha and Omega, the dynamic UK DUB Duo, is not an exception whatsoever. They are a regular guest in the Dubroom Reviews and that is not just because they've released a tune with my voice on it, a few years ago.

Is all of this UK DUB too much for you? Check out tomorrow, as the next six days will have six hours worth of video straight from Jamaica, 1980, with Mikey Dread at the Control.

WWW, March 2009 - Known for their works with Mad Professor and Horace Andy, Massive Attack are not a Reggae Collective.

The music of their art is Trip Hop: a missing link between Reggae DUB and digital Dance music. 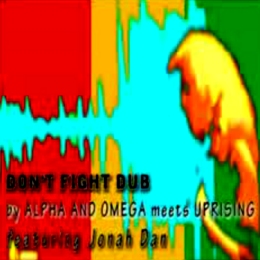 WWW, March 2009 - The deep monotone bassline, the massive steppers, the meditative melodica, the human voice and of course the effects: Alpha and Omega return with some heavyweight DUB in Sight and Sound!
READ MORE
at 00:01 No comments: