WWW, December 14 2009 - After a hiatus and a close-to-nervous- breakdown situation in the summer of 2009, in which the Dubroom was hardly updated, August saw the beginning of what would become the major theme of the Dubroom until the end of this year: free and legal MP3's, loads and loads and even more loads of free and legal (DUB) Reggae MP3's.

First of all, we discovered EZTRACKS which is nice, but more important: the Dubroom acquired access to a large collection of free and legal mp3's, under which hundreds of Reggae tunes.

From the middle of August to the end of December, the Dubroom featured several MP3's on a daily basis. 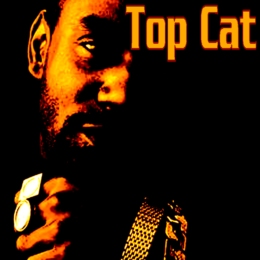 WWW, December 14 2009 - Barrington Levy made the riddim popular with the incredible "Under Mi Sensi". Top Cat does it all over again as he asks the ganja smokers to Smoke A Chalice for him. Crucially Crucial!

WWW, December 2009 - The Roots Radics and Mikey Dread did a lot of things together. The band played at it's best, the Dub engineer did more than his part, and the result blessed many lovers of Dub throughout the whole wide world. Raving Style is "just" one example, and what an example it is!