WWW, December 15 2009 - By getting the possibility to put so many crucial music on-site, the Dubroom's MP3 portal had the biggest clean-up in it's history.

I had to move the pages of around 100 artists into the MP3 Museum. The musical works that were reviewed were no longer online, mostly because they had their music on an OMD like download.com or mp3.com and these sites went offline.

Fortunately, in the same time, the portal was rebuild and now you can find names there like Sugar Minott, Scientist, Frankie Paul, and many more. Mind you: the portal is still under construction and will remain to be very interesting to visit.

Jah Willing, that is. 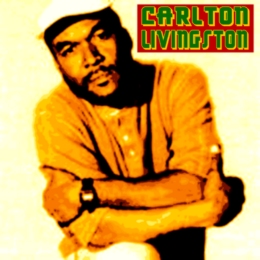 WWW, December 15 2009 - Classic Rub A Dub style from the man who gave us 100LBS Of Collie Weed: this recording from the 1980's will still make nuff people move and groove, and not just for memory's sake!

WWW, December 2009 - Taken from the sublime album DUB Catalogue featuring the Roots Radics and Scientist at the Control Towers, Stereo Dub is Rub a Dub DUB at it's finest in every aspect you can think of!

WWW, December 14 2009 - Charged with the bizarre claim that he's guilty of "conspiracy to posess" kilo's of coke, Buju Banton seems to be currently in a Florida prison after being caught on a surveillance camera together with an unknown person. Framed? Read more on the Babylon Observer Message Board.