SEE YOU APRIL THE FIRST!

WWW, March 18 2009 - For today's edition of Dubroom Online, we have a truly crucial collection of free and legal MP3 tracks, straight from the vaults of the producer himself.

When you like (DUB) Reggae, there will at least be one tune that you really, really like and probably much more.

Got some disturbing documentation as well, which you may like to check out when you're interested in the runnings on this planet, no cool runnings at all.

On another note, I'm preparing a brand new DUB Album by Heartical, which will be released starting April the first, when I hope to be back with some brand new editions of Dubroom Online.

In the meantime, see you April the first, or at the Dubroom Message Boards! 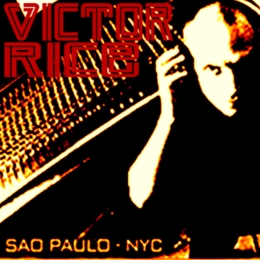 WWW, March 2009 - He is a bass player, producer and original DUB engineer: the multi-talented Victor Rice has an impressive discography of 10's of albums, and well over ten free legal MP3 files.

His works include collaborations with Glen Brown, the Easy Star All-Stars, and the list continues. You want to check him out if you like DUB, Roots Rockers, even Ska or Rocksteady and Drum 'n' Bass. In short: Reggae Music! 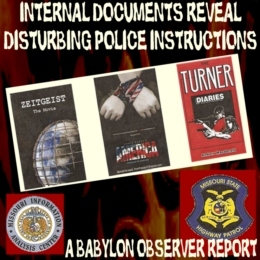 WWW, March 2009 - Recently written documents from the Missouri police, which leaked out to talk show host Alex Jones, show a very disturbing manual which will make police officers believe that everyone who is against the government is a terrorist.