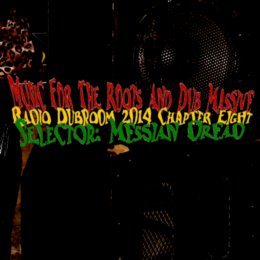 WWW, September 2014 - One hour and twenty minutes of not just pure niceness, because some of it can only be heard at this podcast and yet other selections are not yet released or released only on vinyl. This is a special selection that you just cannot afford to miss out.

The set starts with a track from the recently released Heavyweight Dubwise Selection LP, followed by a fine track with to-the-point lyrics from the Irie-On-Air Net Label. From the Original Dub Gathering another fine track with ditto Dub, followed by a track that can/could only be downloaded hundred times. This is a track about an upcoming duo-release from the Dubophonic and Dub Key Net Labels.

The segment that follows contain two tracks from STEPPAS.com's Dub Dynasty and two from Moa Anbessa, recently reviewed in the Dubroom. All tracks with their Dub version, of course. Of course! There's one excellent Dub from the Dub Reservoir Net Label in the segment, too.

The show closes with a Discomix by Horseman and Dillinger, one by Seamus Ikonya which is on You Tube and a Discomix featuring Kojak at the microphone stand. That track has -just like the previous one- a Dub one the recently released Heavyweight Dubwise LP and is currently unreleased.