WWW, October 24 2009 - The Internet is surely one of the last places, if not the only place, where Freedom of Speech is being seen as one of the highest goods, and rightfully so.

Without Freedom of Speech, no idea can be put forward, no wrong can be righted, no exchange of thoughts can take place, in other words: life is not possible.

Freedom of Speech, or Freedom of Expression if you will, is what keeps the Dubroom from becoming the mouthpiece of this-or-that religion, group, philosophy, et cetera.

How then can this be rhymed with the fact that certain people throughout the years in which the Dubroom has a Message Board have unfortunately been banned?

An interesting question, which arose on the Message Boards a while ago. So interesting, that a brand new episode of Dubroom In-Site is livicated to the topic.

WWW, October 24 2009 - Kasha Herb starts off with a thanksgiving to Jah for Mikey Dread. Indeed, the Dread At The Control has released some crucial music throughout time and this upfull, joyful and solid Rockers riddim in Dub style is just one out of many of Mikey Dread's top tunes. 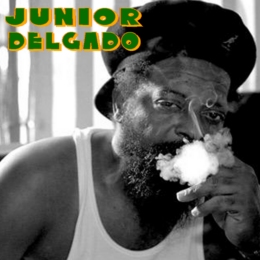 WWW, October 2009 - Prophecy and Revelation go hand in hand in this visionary track, taken from the album "Another Place In Time". Digital Roots with a touch of 1980's that cannot be denied by the Conscious massive!

A DECLARATION OF RIGHTS (DUBROOM IN-SITE 23) 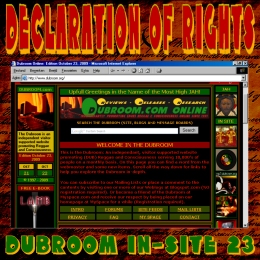 WWW, October 2009 - Sometimes, the Dubroom is criticized for having banned people from the Message Boards because of what they call is an infringement of their "right to freedom of speech". Does this right enable anyone to say anything on any site, and whose right is it anyway?

A declaration of rights....

WWW, October 2009 - After listening to his demo's back in 1975, Mikey Dread released Edi Fitzroy's first hit. The rest is unjustifiably ignored history. His typical style of singing and often conscious lyrics have brought him several hits after that first one and he keeps being active in Reggae Music until this very day.