WWW, September 20 2010 - It's a bit difficult to be enthusiastic over the contents of this edition of Dubroom Weekly: after all, this is the day in which Buju Banton is going to court to face his accusers that framed him. However, with three podcasts and seven crucial free and legal MP3 files, it's worth to check out.

Yes, we started doing Podcast reviews again after what could very well be over a year in which there was no podcast review. We've got two UK Sound System sessions, one live and one done for the Internet by DJ Ian Irie from the Ambassada Hi Powah Sound.

Since there's only a little bit of space left for this month in the Dubroom's podbean account, this week's podcast is almost one hour. In October we can start doing longer ones again and Jah Willing, we will.

Then there is my small commentary on what is scheduled to happen today in Miami (USA), when Buju Banton will be facing his accusers. A scandal, or should I even say, several scandals as certain websites express their joy over Buju's situation, not even caring as to whether he actually did what his accuser say he did.

Hopefully, next week we'll be having a better time as Jah Willing Buju Banton will be considered innocent even though the web of lies that the gov't created is kind of thick.

ON THE BUJU BANTON MATTER 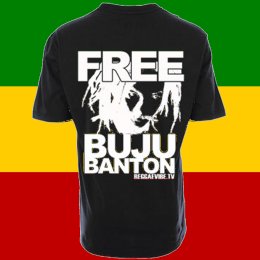 WWW, September 20 2010 - Today is the day in which Buju Banton will finally appear before the american judge after he was framed by a government paid informer, who also received money to get the Dancehall and Reggae vocalist in prison.

On the Dubroom Message Boards, the "Buju Banton Cokane Case" is followed by several members who post updates when they happen. It will probably be the same in the next couple of days, when things will become more clear. However, I am feeling pressed to write my own commentary on "the-day-before", if you will (this was actually written September 19).

When the news broke, last year December, that Buju Banton was arrested for allegedly planning to sell over five kilo's of cokane, there was hardly anyone who could take it serious. It was almost a laughing matter, was it not for the fact that this is a serious thing when you are being arrested in the USA for these charges.

As I overstand the story, Buju Banton had a conversation with a paid government informer on a an airplane from Spain to the USA, after which he remained to have contact with this informer. According to the little information that comes out, this informer pressed Buju to do cokane deals.

Then, there are two other people arrested together with the Reggae singer. One of them initially signed a statement saying Buju Banton has nothing to do with the cokane case these people might or might not be involved in. However, both men have joined Babylon and are now accusing Buju Banton in order to get a lower sentence themselves. These things are very normal in the USA and they are called "plea-deals". In short: when the government can't get their evidence, they just intimidate you and say: "plea guilty, we will lower the sentence".

Plea-deals are an abomination, both for truth-finding and for the overall sense of justice. How many people have actually said they were guilty of a crime they did not commit, only because if they keep sticking to the truth they will serve much longer in these prisons? JAH knows, definitely!

Personally, I do not believe that Buju Banton has anything to do with any cokane case. Sure, when you're working in music you will be confronted with hard drugs, simply because many artists and other workers in music are using the drugs. This is the closest connection between Buju Banton and cokane I can think of.

Buju Banton is a very popular artist. He might not be a zillionaire like many of these superstars, But I do not think he really needed to get himself into any cokane deals in order to make his living. On top of that, Buju Banton would probably have known about the fact that the US government create most of their drug cases by means of paid informers, or should I say, agent provocateurs...

Buju was obviously framed. There are too many people who would like him to shut down as his musical works are an offense to certain politikal korrekt ones. I have seen "gay" websites cheering over the fact that Buju is in jail, some even saying that they don't care if Buju did the cokane thing or not.

I hope and pray, that JAH will not allow the shitstem to do to Buju Banton what they are obviously planning. I have little trust in the truth-finding nature that a court should be, but JAH is the Almighty.

One good thing which comes out of this, though: as far as I can see an end has come to the enormous flood of Reggae tunes worshipping the guy in the white house as people are waking up (again?) to the fact that gross injustice is being done, not only to Buju, but to many more Jamaican artists and non-artists who saw their visas revoked.