WWW, October 15 2009 - Recently, it happened again: I saw people referring to "One Love" and claiming that One Love to be some kind of New Agey mentality in which no one can ever say anything unless it makes the other "feel good", basically.

You could call it: "Political Correctness".

It happens all the time, not in the least in the so-called "Reggae Compassion Act", wherein one homosexual activist defined "One Love" and had Dancehall artists sign that definition, for otherwise he would continue to try and have these artists boycotted and even banned for questioning the homosexual lifestyle.

Of course, Bob Marley never meant to plea for Political Correctness, which becomes clear in his song "One Love", wherein he says we have to have One Love to Fight This Armageddon, not to "feel allright", for that is just a result of practicing One Love.

A result, not a goal.

CORRECTION: Yesterday, I made a mistake. I used the word "increase" where I should have used the word "decreased". Even though the context and logic made that clear, and the correction has been made, subscribers to the mailing list have received the wrong column and therefore, I just had to write this down. 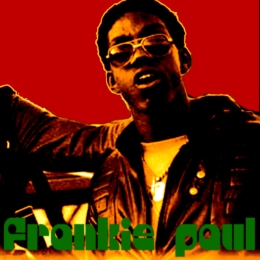 WWW, October 15 2009 - When Frankie Paul introduced himself with African Princess, he was just one moment away from a carreer in Rub a Dub and Dancehall that would last until this day. In this tune, he does what he does best, on an Ire Rub a Dub tune. 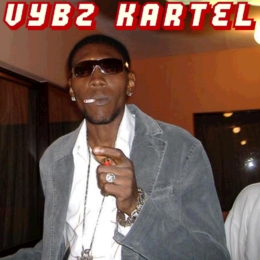 WWW, October 2009 - Although Vybz Kartel prefers to sing and chant about the kind of love that man and woman share, in this tune he declares his love for his mother, who gave him birth in order for him to live it up.

WWW, October 2009 - He's been a member of the vocal group Paragons during the 1960's, is known for his super sweet soulful Lovers Reggae, but he also released the massive Roots Rub a Dub album "Police in Helicopters". John Holt, who sung the classic Ali Baba, is a versatile vocalist fe true!