HERE IS... THE WEEKLY! (WEBMASTER'S COLUMN)

WWW, April 26 2010 - Greetings and thank you for your interest in the Dubroom. Today, I'm grateful to present to you the very first edition of the Dubroom Weekly, which includes a lot of MP3 music and much more.

Because it is the first edition, the format and lay-out is pretty basic even though I've worked on it for a week. I hope you like it nevertheless.

Anyway, I hope that you like the Dubroom Weekly and when you want to have more dynamics, more postings and so, simply turn to the Dubroom Message Boards where you can find all kinds of very interesting material.

Check it out now! 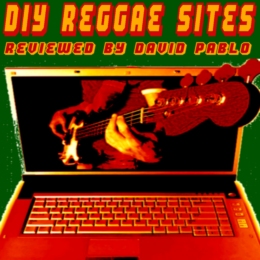 WWW, April 2010 - Online (DUB) Reggae Artist David Pablo introduces his fellow artists to a triplet of websites where they can upload and promote their musical works as well as having contact with other artists. 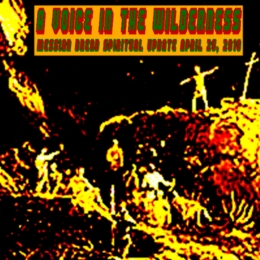 WWW, April 26 2010 - In my previous spiritual update, I shared how I was proverbially crossing the Red Sea. Of course, crossing that sea gets you into the wilderness as you march forward to Zion.

A report from the wilderness...

A VOICE IN THE WILDERNESS

WWW, April 26 2010 - In my previous spiritual update, I shared how I was proverbially crossing the Red Sea. Of course, crossing that sea gets you into the wilderness as you march forward to Zion.

A report from the wilderness...

It's the title of the first tune of my first album called "One": A Voice In The Wilderness. Those who read their Bibles know that the phrase comes out of the Book of Books and it refers to John the Baptizer, who was announcing the coming of Yesus Messiah.

Everybody who follows Yesus, who know themselves to be truly born again, will recognize themselves in the story of John the Baptizer: are we not all in the wilderness, trying to get the Message through to everyone that indeed Messiah is coming soon?

So sure, I recognize myself there, too.

In the wilderness, you will only meet other people who for some reason find themselves away from the urban areas, the areas where most people want to dwell because of the comfortable state.

The Rejected, you could say. The ones who are not accepted by the majority. But also the ones who themselves have rejected Babylon System and Culture will be found in that proverbial wilderness: the place where the Konformed will never trod.

I see this reflected in my own spiritual runnings, more and more and more as time goes by. I'm not trodding the road of the Konformed. If I would, I would have been in some kind of established industry releasing my censored "music" or something like that but instead I find myself with a small axe doing the works.

I'm happy with this situation, too, for I know just why I cannot konform. I know why I cannot do what most people do as they search for Komfort rather than Truth. It's like in that movie "The Matrix" where most people live in a dream world without realizing it, many of them refusing to wake up even when they realize that they do live in that Matrix.

The wilderness is too heavy for them...

But it's in that Wilderness that we hear the Voice. The Voice of Jah saying that He is coming soon. You will not hear this voice in the Komfort-Zone, or should I say Konform-Zone, you will only hear it after discovering that the Truth is hated and those who speak Truth are rejected.

Strangely enough, it is also in the wilderness that we know ourselves to be fed by Jah. In the Konform-Zone, the life-style without Jah laws written in the heart, the (spiritual) food doesn't come from Jah and therefore the (spiritual) growth is null and void.

I hope to see you soon.

THE DAY AFTER... (WEBMASTER'S COLUMN)

WWW, April 19 2010 - The last 25 days, the Dubroom was blessed to share the brand new double album Joie de Vivre by Heartical with you. Twenty-five tracks of pure dUb niceness from the heart!

Today, we got two updates in which you can read about the things I hope to be able to do in the upcoming times.

Today, when you read this, Jah Willing I'll be working hard on the new format of Dubroom Online, which I hope to be able to turn into a weekly electronic magazine. You can read more in the latest episode of Dubroom In-Site and my personal update called "Springtime Greens" (a wordplay on "summertime blues").

In that personal update you can also read more about the fact that I'm feeling myself to be kind of a newbie in a certain field of work which I'm beginning to trod at this moment as well.

I truly hope to be able to present something nice next April 26. Until then, check out Heartical's brand new dUbble album celebrating the joy of life which Jah Jah gives! 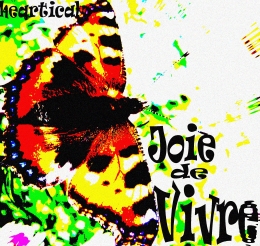 WWW, April 2010 - From March 25 to April 19, the Dubroom presented the brand new double dUb album "Joie de Vivre" by Heartical. The 25 titles all come with their own cover-art and description where the music can be downloaded for free in high quality MP3 format or even true CD Quality Wave Audio. 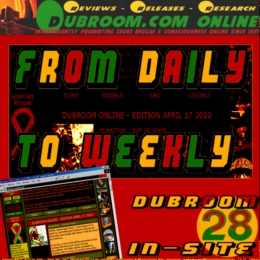 WWW, April 19 2010 - After having released the brand new Heartical Double Album "Joie de Vivre", the Dubroom will be in a bit of a transitional phase as a new concept is worked out.

Read about it in this episode of Dubroom In-Site. 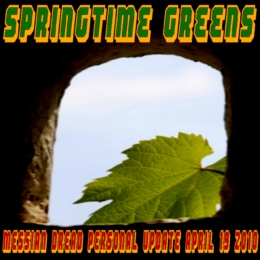 WWW, April 19 2010 - A change in Dubroom Online, a deepening of (not only) my music as building the Dubroom Studio continues, indeed it's spring time and that causes me to write another personal update for those that might be interested.

WWW, April 19 2010 - A change in Dubroom Online, a deepening of (not only) my music as building the Dubroom Studio continues, indeed it's spring time and that causes me to write another personal update for those that might be interested.

I've been going through all kind of rather intense and crucial changes in my personal, spiritual and productional lifes lately. Lately, as in these last years that is.

A lot of projects which I started could not be worked on as I found myself being led by Jah to be doing other, more important things than the things I was working on. During this process, which I came to call "A Spiritual Journey Called Psalm 91", I've learned too much to mention on too many topics to list in this update.

In the mean time, I've arrived in the phase that I can now pick up these projects again. On top of updating the website, that is. However, I cannot spend the amount of time updating the site as frequently as I used to do. It consumes too much time when it comes to my other projects, building the Dubroom Studio being one of them.

The idea now is, that I'll make some kind of format wherein Dubroom Online will not be put out daily, but weekly. These publications obviously have to be in some kind of format similar to an electronic magazine and currently I'm thinking about several different features as well as the format in which they will be presented.

It's not easy: there's so much different topics and things covered by the Dubroom, and a weekly edition must contain a healthy doses of just about everything. In the same time, there's stuff that requires immediate attention, there's news which pops up and that can not be integrated in a weekly.

I do hope that turning from a daily into a weekly will provide me with the time that I truly need to build on the Dubroom Studio. I'm going to seriously study multi-track recording and on top of that I am looking to enhance my own sound as well by making a concept wherein the best of automation and live mixing is combined.

That's not easy either: usually I only study things which I kind of have to study because I have to do a thing. I've been mixing my music throughout the years, doing things in the studio and as everything just seemed to go just nice, I didn't really bother to check out the musical runnings when it comes to possibilities. These possibilities seem to be kind of endless: at least in my idea now.

Nuff things to do, with not so much time as I would like to have. It's all a matter of creating the right schedule, though. As spring is strongly there at this moment and I'm looking at trees becoming more and more green, I will just give thanks to the Creator for a new season with it's own fruits in it's time.