THE REGGAE GOT TALENT COMPETITION 2009

WWW, October 16 2009 - It's actually the first in what hopefully turns out to be a real thing to watch out for every year. Not only will the winners themselves receive a whole lot of niceness, their entries will be available for free download as well.

This means obviously that the whole Online (DUB) Reggae Massive will be able to discover new, up and coming artists.

The jury is impressive: Earl 16, Afrikan Simba and Dougie Wardrop from Conscious Sounds Studio will come together to review the material that can be sent in.

In fact, you can say that we have a strong segment of the UK DUB massive looking for... you?

Yes: in today's edition of Dubroom Online, we pay a lot of attention to the "Reggae Got Talent Competition 2009". Especially of interest for the Online (DUB) Reggae Artists, but definitely not limited to the artists themselves. 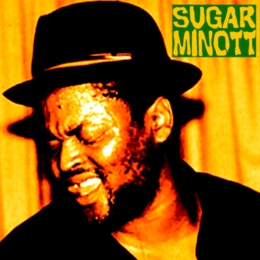 WWW, October 16 2009 - Sugar Minott sipping from the Challis, reasoning and singing over a super catchy Rub a Dub riddim, showing just why he is the founding father of Rub a Dub Style!

WWW, October 2009 - This is more than just a slice of UK Toast, even though it is: taken from the upcoming album "Walk Like A Rasta", a Reality Shock Records release, this Net Single features Solo Banton's impressive fast chat style and a Dub from the riddim by none other than Conscious Sound's Dougie Wardrop!

And there's more: producers and singers will want to read on as you are invited to create your own tune around Solo Banton's voice or voice your own thing over the Dub and win some very interesting prizes!

REGGAE GOT TALENT COMPETITION 2009 (FROM THE NEWS WIRE) 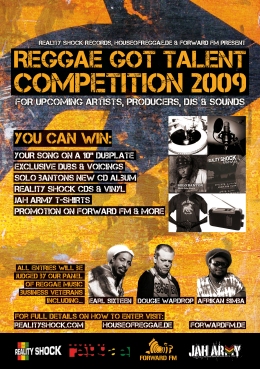 WWW, October 2009 - Attention Producers, Vocalists and Sound Systems: check out the brand new "Reggae Got Talent Competition 2009", where you can either make a tune around an accapella track of lyrical super talent Solo Banton or voice over a version mixed by Conscious Sounds' Dougie Wardrop. Sound Systems can put the Banton tune in their DJ mix.

Send your production to Reality Shock Records before November 30 to have it reviewed by Reggae Veterans and get some really, really attractive prizes!

WWW, October 2009 - The classic Rasta Anthem "Satta Massa Gana" is just one of the feats of arms that the Abyssinians blessed the Conscious Massive with. The vocal harmony group was at the forefront of spiritual reggae during the 1970's, subsequently broke up and re-united in the 1990's under various memberships.