WWW, March 16 2010 - Unbelievable: we're already heading towards the fourth month of the year and this is only the second update of Dubroom Online. In these last months, the Dubroom was even offline for a few days which caused conspiracy theorists to come up with ideas that turned out to be untrue.

Anyway, as things settle for the Dubroom in this spring which currently (still) looks like autumn, it's time to get out of the winter-sleep and start celebrating Jah life as the signs of His enormous creative power are becoming more and more manifest throughout His creation.

Jah Willing, we will start updating the Dubroom at March 22 (2010, not 2011) and we will do so with a brand new double DUB album by Heartical. 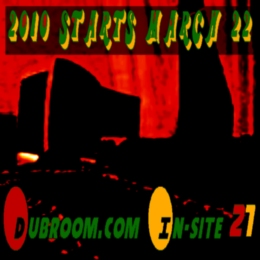 WWW, March 2010 - Admitted: it was one long hiatus, probably one of the longest ones. Jah Willing, though, the Dubroom will resume posting daily updates again at March 22. Starting with a brand new double DUB album by Heartical, for example. Read all about it in Dubroom In-Site 27! 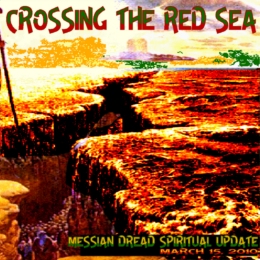 I give thanks to JAH for the fact that what was one of the coldest winters over here in the Netherlands since a long time, is either gone or about to go. Piles of snow accompanied gray skies in what seemed to be a perfect illustration of my inner state as well. An inner state which I could in the beginning of this year only describe as a total fatigue.

Basically I needed to settle in a brand new personal situation, for which JAH Works were done in the years before that. Works, which meant for me that I was unable to do the things I used to do, both in the Internet as well as the Outernet. Works, which also put me to the test as to my faith in JAH.

On several occasions, I was put in a situation where there were only two possibilities: either I was a total fool and fooling myself about some imaginatory "Jah" as the current Zeitgeist tries to tell people, or I simply had to trust in what I knew the Most High had told me.

In all of this, it didn't matter what I thought about these possibilities, though. There was not much I could do about the situations I saw myself in, all I could do was to watch and pray while things developed the way they did. Jah came true to what He said, in ways that it was really clear how it is HIM (and not me) Who is doing the works.

Such times are perfect for the enemy to step in with his most vicious arsenal, trying to sow doubt and trying to suck the life energy which Jah gives to His children. Using truth-vibe, he tries to make Jah children in their soul identify with the sins in their flesh rather with their new (spiritual) Identity within Yesus Kristos.

Sure you can be a witness of Jah works, even used in these works, but none of these things means that you are actually with Him. I mean, He used Pharaoh to sent Jah Children home after which He stroke down Pharaoh for doing to Jah children what he did. To be used by Him definitely does not mean that you're actually of Him.

Sure we all sin and come short of the glory of Jah. I have a lot of sins in my flesh, with Paulus I say that I am the chief sinner but with that same Paulus I also say that these sins are not mine, but they are in my flesh. Flesh and blood which will perish.

Satan will therefore always try to point out to the sins in our flesh and to the fact that Jah is the (only) One-To-Be-Feared as He indeed will use the Pharaoh's of today to send Jah children of today to the Promised Land.

I didn't realize this, until I was led to rest a bit and reflect on the turmoil and turbulence which accompanied me through the years. It was not until I landed in these Green Pastures, that Jah comforted me with Truth and Right. But now that I'm there, I can see a deeper level of spiritual reality: that part of reality where the physical is only a reflection of. A reflection we do not comprehend without JAH Light to guide us.

I know now, that the enormous fatigue I had was not caused by anything I had done. It didn't either have anything to do with what anyone else had done, for that matter.

It definitely wasn't caused by what Jah had done!

The fatigue was predominantly caused by the fact I was listening to the voice of the enemy who told me to identify with Jah Works as well as the sins in my flesh as if they were my works. In other words: I was listening to a voice that sowed doubt in my soul concerning my identity. If I would have been listening to that voice for a longer time, I might even have started to look to what is in reality JAH Works as if it is works of the flesh or worse: works of satan. I thank Jah for preventing the enemy for taking me there.

However, just as JAH used Pharaoh to send Jah Children to the Promised Land where he only thought he would be killing them in the Red Sea, He used the enemy to make me realize to a deeper level just what it means to not identify with neither the works of the flesh, the sins in our flesh as if they are ours, nor the works of JAH, which are His' works and nobody else's.

Yes, He used the enemy to give myself a deeper spiritual perspective on my identity. I'm crossing the Red Sea.