WWW, June 6 2009 - Those who have been doing a little bit of research, or simply watched the news for a while, may have noticed how Barack Obama has recently laughed away the proposal of legalizing the herb.

It's a thing which may not be the most important in life, for example it may be well understood how the bombings of innocent people in Pakistan is much more important than the freedom to light up a spliff.

Nevertheless, the "War on Drugs" has made it's millions of victims too. How many are currently in jails around the world for the simple "crime" of smoking herb? The prisons are filled with them, and none of them should be in there for the reason of herb.

Obama, however, praised by many who are in favor of legalization and sometimes even think Obama is on their side, simply laughs away the idea that herb should be legalized, in spite of his admission that legalization in high on the people's agenda. 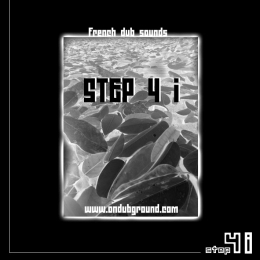 WWW, June 2009 - In the third release of his now classic Dub Me Crazy Series, we capture the Mad Professor in his Ariwa laboratory, eeh, studio.

The year is 1983 and we're talking about twelve top tunes from a time wherein not many seemed to realize how DUB had more of a future than a past.