In fact, I already started.

At the moment I'm typing this, I'm already creating riddims for what I hope will be another project resulting in net albums and EP's.

I've got a much better studio sound right now, and I plan to finally use a lot of sampled material and other recordings which I haven't used until, Jah Willing, the next year.

I did a similar project a couple of years ago. It resulted in the production of two Net Albums, one commercial CD and a whole flood of EP's. 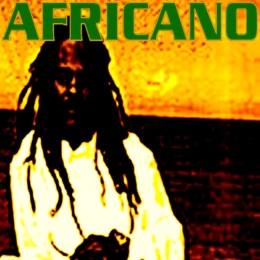 WWW, December 25 2009 - A lot of people only think about the poor when it's about this time, a Christ Mass time. If they wouldn't there wouldn't be no poor. Africano knows it too well and delivers the message on the contemporary massive High Fence One Drop riddim.

WWW, December 2009 - Another selection from African Anthem, a collection of DUBS and Jingles from Mikey Dread's earlier years as Radio DJ and Reggae Producer. A cool and dreadly One Drop rhythm with an solid Bassline and perfect Dub mixing.