A WHO TRAIN THE BASE?

MESSIAN DREAD - A WHO TRAIN THE BASE?
DUBROOM MP3 RELEASE 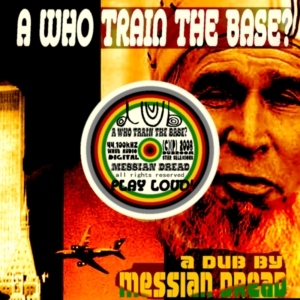 Some build on the Rock, and some build on the sand. It's all about foundation, or: The Base. To be more specific: about a group who call themselves "The Base". We know them better under their Arabic name Al Qaida.

This group is said to be led by a guy called Osama Bin Laden and is generally considered to be responsible for the terrible events at September 11, 2001 as well as a lot of other terrorist activities.

When the official investigation into September 11 was held, almost everyone did their best to keep the truth from surfacing. Some tried to speak the truth, but they were removed from the room by police.

This solid One Drop track is based on an audio clip taken at the official 9/11 hearings. A man is removed from the room, but as the police grabs him, he managed to shout: "Remember This: Your Government Funded And Trained Al Qaida".