WWW, March 14 2009 - When Babylon went down on Rastafari with open and brute force, it was kind of really clear that Babylon was fighting down the sufferers.

When Reggae began to be a world wide phenomenon, however, the system had to change certain ways and next to pure downpression which takes place until this day, she also infiltrated the Culture.

I've documented such an attempt from the Christian Industrial Complex, where they openly spoke how they would "transform the culture" of Reggae by "injecting it with a new message".

But that attempt was just one example out of many ways Babylon tries to kill a culture that produces sounds of freedom like never before. 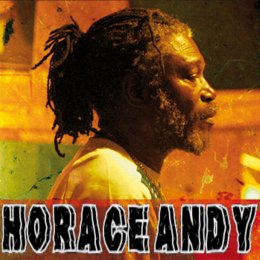 WWW, March 2009 - A classic Studio One track and recording: this one cannot be refused by anyone why wants to know just where Horace Andy is coming from.

In fact, it cannot be refused by anyone who takes himself serious as Reggae collector...

WWW, March 2009 - On a lighter note, Queen Ifrica brings us this rendition of the secret admirer who just can't get that guy to draw her attention. Or something like that.