WWW, April 29 2009 - The Internet is one of the last places where Freedom of Speech is still a welcome guest. A free exchange of ideas, where every website has another aspect, it cannot be facilitated by paper and snail-mail.

The Internet is also a place where independent Net Labels release all kinds of music to an audience that is increasingly harassed by the main stream entertainment industries.

Many would love to kill the Internet, just because of that freedom. A freedom that stands at the foundation for websites such as this one, too. You've probably landed on here too, because of the independent nature of the Website.

Freedom Lovers all over the world who use Cyberspace, must always stand up when Freedom of Speech is in danger, when the independent nature of many with in Artist Community is threatened, which can very well be seen reflected in the items of today's edition of Dubroom Online. 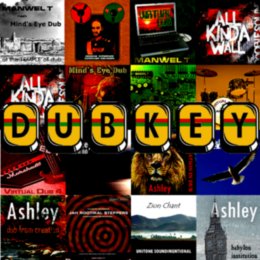 WWW, April 2009 - In April 2009, Cyberspace was enriched by the introduction of the Malta-based Net Label "DUBKEY". Founded by a long-time veteran in the promotion of (DUB) Reggae both on and off-line, the Label's first release is much promising.

READ MORE
WHY IS MICHAEL TSARION SO ANGRY? (A MESSIAN DREAD COMMENT) 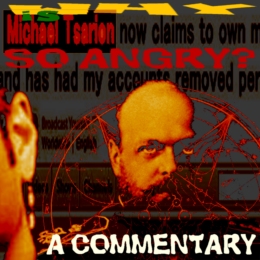 WWW, April 2009 - A 47 minute Debunkumentary in which his theories and teaching methods are questioned, caused adept Michael Tsarion to show his contempt for the very same freedom of speech he claims to fight for.
What is wrong with Michael Tsarion?