WWW, December 19 2009 - The Dubroom looks back at a good year, this year. Three successful projects, that's something to be grateful about and so I give thanks.

There were also things that didn't went the way I planned them. Especially in my personal life, that is.

I even wrote an article about it called "Making Jah Laugh" in a variation on Woody Allen who once said: "You want to make Jah laugh? Tell Him about your plans".

Plans concerning the Dubroom Studio, for example, didn't go the way we planned it. Jah had other things for us to do, but we still work on getting the studio fit for recording musicians and mixing Dub old-skool style. 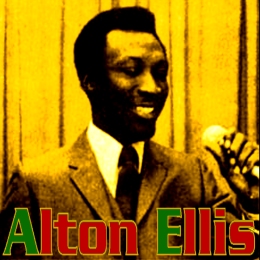 WWW, December 19 2009 - In this historical recording, we know just why Alton Ellis is considered to be one of the most soulful singers that Reggae knows, which says a lot. Lonely is a typical 1980's digital dancehall riddim, from the times that the music between Rub a Dub and Dancehall was called Ragga.

WWW, December 2009 - In this Year-2000 release, we catch up with Mikey Dread whose own label Dread At The Control basically re-purchased his own works so that he could share it with the people of the world. Homeless People contains a heartical cry as Mikey Dread shows he can do more things with his voice than talking and toasting!