WWW, August 28 2009 - Many people seem to think, that Reggae Music somehow stopped being Reggae Music somewhere in the mid to early 1980's. At least, in the collection of many Reggae collectors, the amount of albums and music from the 1970's is more often than not bigger than that of younger times.

They're missing out some things for sure, but not if they read today's edition of Dubroom Online.

Today and tomorrow, the MP3's reviewed for Dubroom Online are two true Rub a Dub classics. When these tunes came out, they were among the hottest ones.

I personally remember these times, and the impact it had on me back then. The sound was fresh, because of the subtle Dub mixing and the fact that the music seemed to be slower than just a couple of years before that, when Rockers was the predominant style in Reggae.

In the meantime, these -then new- tunes have become classics, essential listening for everyone who is interested in in the history of Reggae Music. 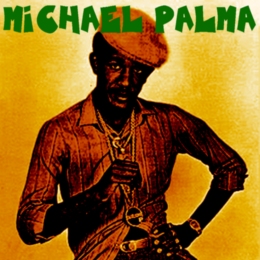 WWW, August 28 2009 - Rub a Dub, straight from the archives: Michael Palmer's Run, Run is not a school example of the genre wherein the singer rides the Drum and Bass just like the DJ. Run, Come, and get dis one as I would say!

Linton Kwesi Johnson (aka LKJ) (born 24 August 1952, Chapelton, Jamaica) is a British-based dub poet. He became the second living poet, and the only black poet, to be published in the Penguin Classics series.